You are here: Home>Categories>Gender>Male>Brynmawr Fire Brigade, 1958 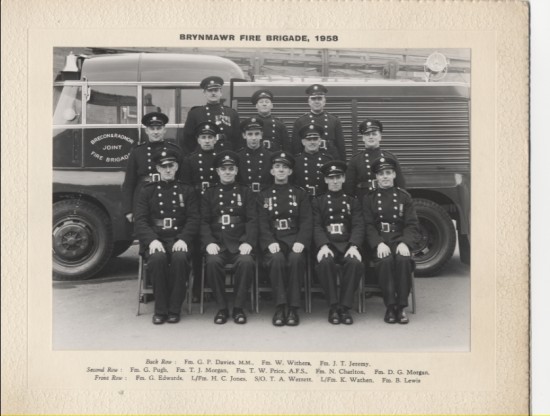 AFS means “Auxilliary Fire Service”, started at the outbreak of World War II and became a National Fire Service during the war years.

The engine in the picture is a Bedford Water Tender.