You are here: Home>Categories>Gender>Male>Emrys Henry Street in his Fireman's Uniform 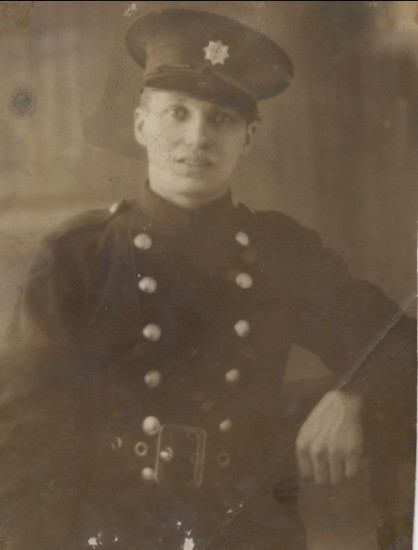 This is my father in his fireman’s uniform just before World War II. He was in the fire brigade just before the start of the war. Before that he worked in the mines. He was called up into the army. He fought against the Japanese and was taken prisoner on the Burma Road, Indonesia. He was prisoner for three and a half years and wrote a book about his experiences entitled “God Through It All”.