You are here: Home>Categories>Buildings>Domestic 2>Brynmawr Sommerset and Hatter Streets 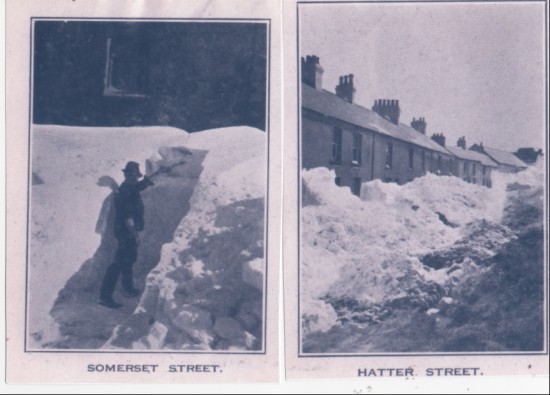 Heavy Snow fall of 1947 pictures showing Somerset and Hatter Streets. During this period Brynmawr was cut off from the outside world. Shortage of food and frozen mains were a major problem.Townsfolk walking to collect bread. I can remember being taken to a coal level behind Humphrey Hughes Houses (the mountain above the houses), crossing the Waun Pond, which was frozen solid, so that my father and brother could dig for coal so that we could keep warm.