You are here: Home>Categories>Buildings>Domestic 2>Greenland Road during Jubilee of George V, 1935 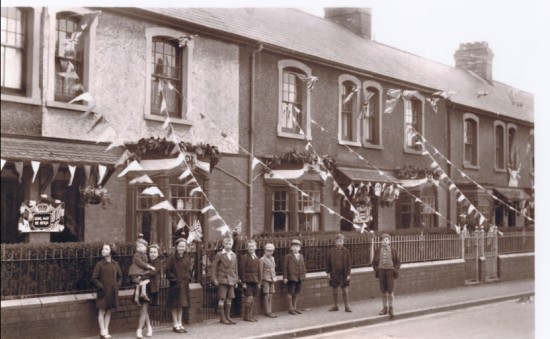 Mrs Jones’s father (Oswald Price) was the Divisional Superintendant of the St. John’s Ambulance up until 1939. He then served as a sick berth Naval Petty Officer during the Second World War. Several St. John’s Ambulance men from Brynmawr and the surrounding area were called up immediately on the outbreak of war in September 1939. These included George Jayne, William Watkins and Bert Denning. Some served abroad in various spheres of service. Mr Price served in northern Scotland and Cornwall. George Jayne went to the Royal Navy a few months before the war began.